Filling in the Gaps -- What I Said and What I Read 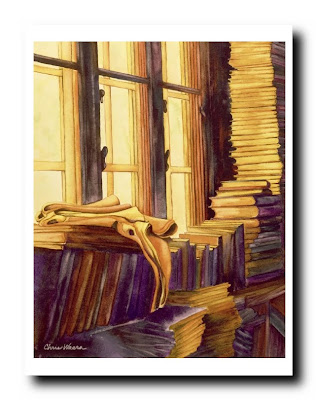 Back in April, I joined a group of readers who, at Moonrat's suggestion made lists of 100 books to "fill in the gaps" in their reading lists. I am such a fickle reader that I knew it was unlikely I'd work my way through my own list with any consistency. There's a list of books I've read in 2009 at the sidebar and clearly, I have a short attention span. What was I thinking when I read The Iliad (not on the list) instead of The Odyssey? On the other hand, Proust, Pynchon and Wallace were no walk in the park.

Nevertheless, here's the list of 100 I came up with April with the books I've read since then in bold font:

1. The Odyssey, by Homer
2. The Oresteia, by Aeschylus
3. Oedipus the King, by Sophocles
4. Medea, by Euripides
5. The Aeneid, by Virgil
6. The Confessions, by Saint Augustine
7. The Divine Comedy, by Dante
8. The Prince, by Niccolo Machiavelli
9. Don Quixote, by Miguel de Cervantes
10. Utopia, by Sir Thomas More
11. Plays and Poems, William Shakespeare
12. Paradise Lost, by John Milton
13. The Misanthrope, by Moliere
14. Pensees, by Blaise Pascal
15. Phaedra, by Jean Racine
16. Candide, by Voltaire
17. Faust, Parts One and Two, by Johann Wolfgang von Goethe
18. Cousin Bette, by Honore de Balzac
19. The Charterhouse of Parma, by Stendhal
20. Madame Bovary, by Gustave Flaubert
21. The Haunted Pool, George Sand
22. Bleak House, by Charles Dickens
23. Essays, Matthew Arnold
24. The Stones of Venice, John Ruskin
25. Marius the Epicurean, by Walter Pater
26. On Liberty, by John Stuart Mill
27. The Way We Live Now, by Anthony Trollope
28. The Picture of Dorian Gray
29. Middlemarch, by George Eliot
30. Dead Souls, by Nikolay Gogol
31. The Brothers Karamazov, by Fyodor Dostoevsky
32. War and Peace, by Leo Tolstoy
33. The Tales, by Anton Chekhov
32. Narrative of the Life of Frederick Douglass, an American Slave, by Frederick Douglass
33. The Awakening, by Kate Chopin
34. The Portrait of a Lady, by Henry James
35. The Varieties of Religious Experience, William James
36. Invisible Cities, by Italo Calvino
37. Baltasar and Blimunda, by Jose Saramago
38. In Search of Lost Time, by Marcel Proust (I've read volumes 1 - 3)
39. Nausea, by Jean-Paul Sartre
40. The Second Sex, by Simone de Beauvoir
41. The Plague, The Fall, Exile and the Kingdom, Essays by Albert Camus
42. Jude the Obscure, by Thomas Hardy
43. Howards End, by E.M. Forster
44. Mrs. Dalloway, by Virginia Woolf
45. Ulysses, by James Joyce
46. Three Novels: Molloy, Malone Dies, The Unnamable, by Samuel Beckett
47. The Golden Notebook, by Doris Lessing
48. The Complete Stories, by Franz Kafka
49. Doctor Faustus, by Thomas Mann
50. The Man Without Qualities, by Robert Musil
51. The Tin Drum, by Gunter Grass
52. The Master and the Margarita, by Mikhail Bulgakov
53. Collected Stories, by Isaac Babel
54. The Cancer Ward, by Aleksandr Solzhenitsyn
55. Hunger, by Knut Hamsun
56. Barabbas, by Par Lagerkvist
57. The Unbearable Lightness of Being, by Milan Kundera
58. Ficciones, by Jorge Luis Borges
59. Canto General, by Pablo Neruda
60. A House for Mr. Biswas, by V.S. Naipaul
61. Things Fall Apart, by Chinua Achebe
62. Foe, by J.M. Coetzee
63. Midnight's Children, by Salman Rushdie
64. Under the Volcano, by Malcom Lowry
65. Surfacing, by Margaret Atwood
66. The Age of Innocence, by Edith Wharton
67. My Antonia, by Willa Cather
68. The Making of Americans, by Gertrude Stein
69. Sister Carrie, by Theodore Dreiser
70. Winesburg, Ohio, by Sherwood Anderson
71. The Cantos, by Ezra Pound
72. Collected Stories, by Katherine Anne Porter
73. The Sound and the Fury, by William Faulkner
74. Their Eyes Were Watching God, by Zora Neale Hurston
75. Herzog, by Saul Bellow
76. Invisible Man, by Ralph Ellison
77. The Recognitions, by William Gaddis
78. The Left Hand of Darkness, by Ursula K. Le Guin
79. Gravity's Rainbow, by Thomas Pynchon
80. Zuckerman Bound: A Trilogy and Epilogue, by Philip Roth
81. Rabbit Angstrom: The Four Novels, by John Updike
82. Angels in America, by Tony Kushner
83. Infinite Jest, by David Foster Wallace
84. The Sea, The Sea, by Iris Murdoch
85. Pilgrim at Tinker Creek, by Annie Dillard
86. Beloved, by Toni Morrison
87. The Emigrants, by W.G. Sebald
88. The Age of Reason, by John-Paul Sartre
89. American Pastoral, by Philip Roth
90. Jane Eyre, by Charlotte Bronte
91. War and Peace, by Leo Nikolayevich Tolstoy
92. Walden Pond, by Henry David Thoreau
93. Selected Works, by Ralph Waldo Emerson
94. Tristram Shandy, by Laurence Sterne
95. An Enquiry Concerning Human Understanding, by David Hume
96. Suite Francaise, by Irene Nemirov
97. Tree of Smoke, by Denis Johnson
98. Exit Ghost, by Philip Roth
99. A Mercy, by Toni Morrison
100. Cat's Cradle, by Kurt Vonnegut

I suppose it's time to revisit and revise this list -- at least so I can replace some of the titles I'll probably never read with some I already have.

Somehow I've gotten it into my head that in January there may be a big online reading of Roberto Bolaño's 2666. Anyone interested?
Posted by Lisa at 8:18 AM 13 comments: